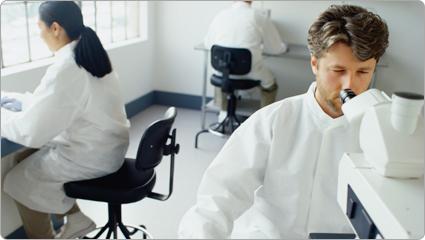 The March of Dimes is not only dedicated to helping those affected by premature birth, but also to preventing premature birth, to avoid the pain and costs of the NICU entirely. Only modest progress has been made in identifying the underlying causes of preterm birth, so the March of Dimes has now made this a top research priority. We seek not mere incremental advances, but transformative discoveries, just as vaccines were for polio. Traditional approaches to the problem have not been successful. This is why we have founded six Prematurity Research Centers, to foster a new model of collaboration. These Centers integrate scientists from different scientific disciplines to form innovative collaborations to accelerate research discoveries.

The unique approach of transdisciplinary research was developed in response to the multiple factors involved in triggering premature birth, and the complexity of the problem. The strength of this method lies in the diversity in expertise of the participating investigators, reflecting the multiple possible causes. These causes involve many interactive biological factors that will not be uncovered by searching for singular risks from isolated disciplines. The more lines of inquiry we can pursue, the better the chance we will have of finding those that lead to solutions. In addition to physical scientists, such as pediatricians, obstetricians, and reproductive scientists, who have long attempted to illuminate the scientific basis of labor, we are bringing together scientists from varying disciplines, many of whom were not previously engaged in prematurity research. These new "recruits" come from the fields of genomics, social sciences, bioinformatics, microbiology bioengineering, physics and many others.

The six Centers are established at leading academic institutions across the country and abroad. The first Center was launched in 2011 at Stanford University School of Medicine, followed by the March of Dimes Prematurity Research Center — Ohio Collaborative in 2013. In 2014, two more centers were founded, with one at Washington University in St. Louis, and one at the University of Pennsylvania. The next center, March of Dimes Prematurity Research Center at the University of Chicago-Northwestern-Duke started in 2015.  The final center, March of Dimes Prematurity Center at Imperial College, London cemented the network as the first international center in 2017.  Together, this network of six research centers leverage specific and complementary strengths to accelerate productivity. Collective progress will translate into diagnostics and treatments to prevent premature birth.

With an ongoing development of fundamental knowledge into premature birth, we hope to bring together more leading investigators, and companies with the PRC research teams to bring the work done in the laboratory to the current needs of moms and babies. This will be done by increasing the number of clinical studies in women in a PRC Network and promoting the development of technologies to prevent and stop premature labor.

Learn what the researchers from the Ohio Collaborative and partners have found.

Your gift will accelerate our research into the causes of preterm birth.