Home > Mission > Who We Are > March of Dimes Leadership

These are the executive leaders and Board of Trustees officers and members who are dedicated to our mission, leading the fight for the health of all moms and babies. These individuals are committed to making the future brighter for us all by helping every family get the best possible start. 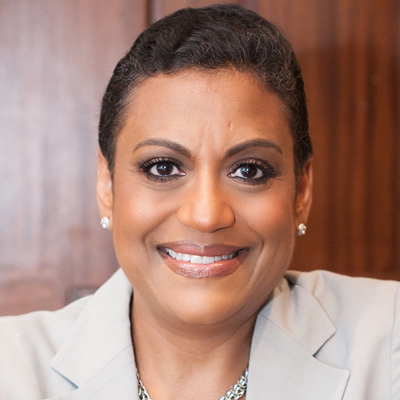 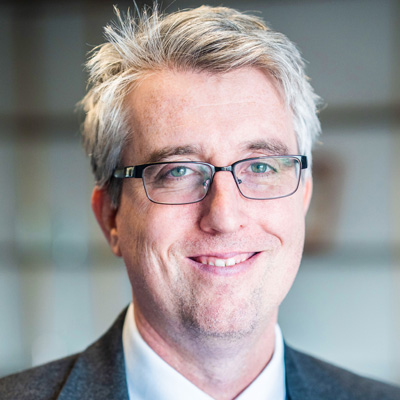 Adrian P. Mollo
SVP, General Counsel and Assistant Secretary of the Board 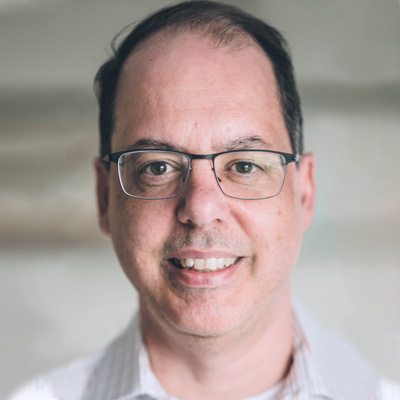 David C. Damond
SVP, Chief Financial Officer and Assistant Treasurer of the Board 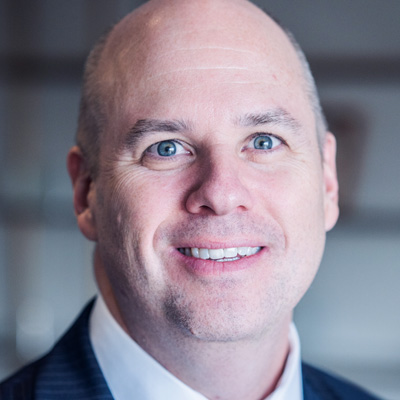 Alan Brogdon
SVP, Chief Operating Officer and Officer of the Board 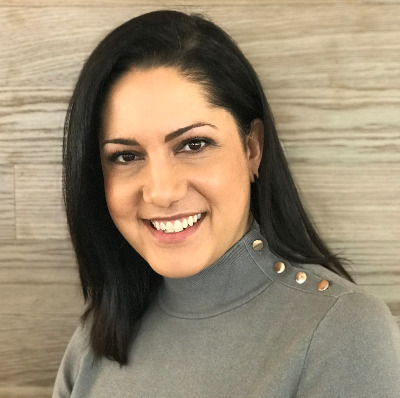 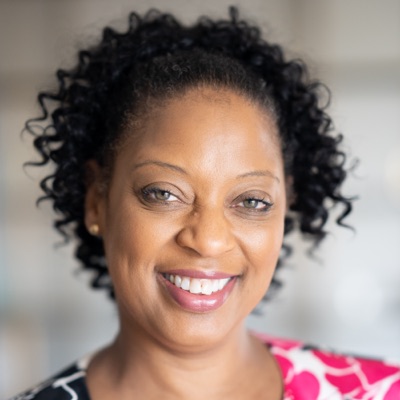 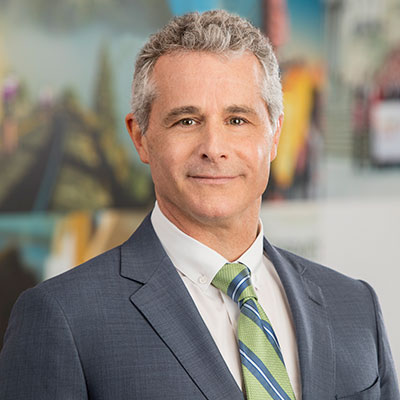 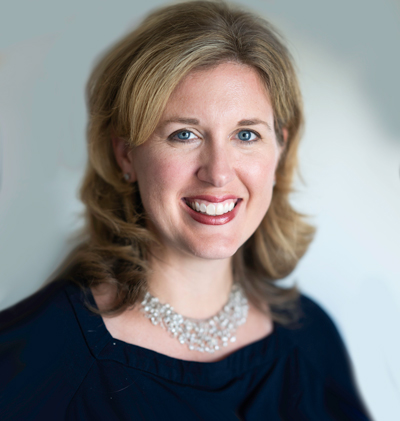 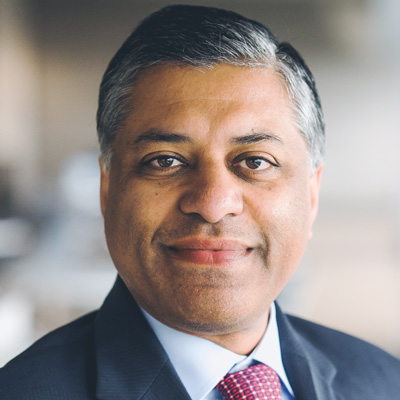 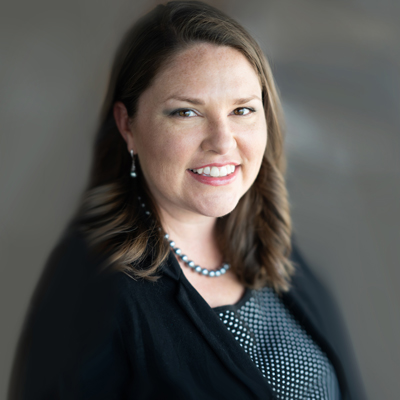 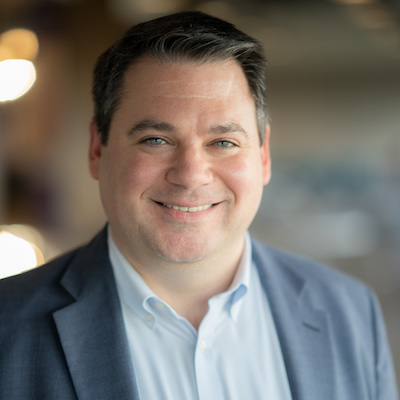 National Board of Trustees 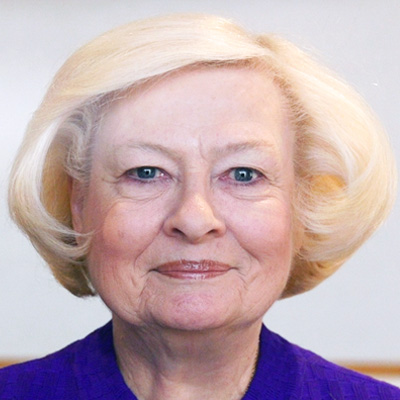 Monica Luechtefeld
Chair
Monica Luechtefeld is the former Executive Vice President of E Commerce and Direct Marketing at Office Depot and a pioneer in the field of Internet retailing. During her 20-year career, she led diverse business units including global E Commerce, IT, supply chain/logistics, marketing and sales. Her strategic vision and ability to advance E Commerce and emerging digital media transformed Office Depot into a global leader in Internet retailing.
She created the vision and tactical roadmap for over 50 public and corporate websites, in 20 languages across 40 countries producing more than $4.1 billion in annual sales. Currently, she consults with companies, from a range of industries, seeking expertise in e-commerce and new digital media solutions. 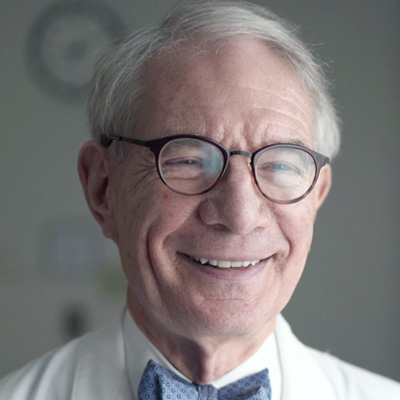 F. Sessions Cole, III, MD
Vice Chair
F. Sessions Cole, M.D., is the Park J. White, M.D., Professor of Pediatrics, Assistant Vice Chancellor for Children’s Health, Executive Vice Chairman of the Department of Pediatrics, and Interim Director of the Division of Allergy, Immunology and Pulmonary Medicine at Washington University School of Medicine and St. Louis Children’s Hospital. After 32 years as the Chief of the Division of Newborn Medicine and 12 years as Chief Medical Officer, he transitioned out of both of those positions in January 2019. 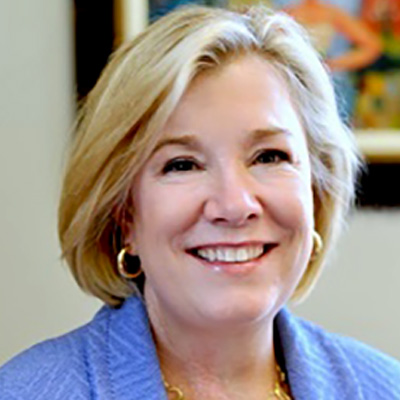 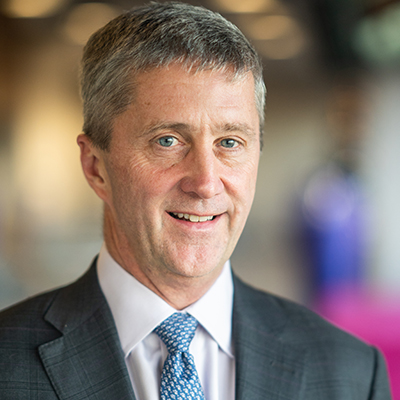 William (Bill) A. Fitzgerald
Treasurer
Bill Fitzgerald is vice president and general manager, Commercial Engine Operations for GE Aviation. In this role, he’s responsible for all commercial jet engine products and global support. Mr. Fitzgerald holds a mechanical engineering degree from Worcester Polytechnic Institute and a master’s degree in manufacturing engineering from Boston University. He is also a graduate of GE’s Advanced Manufacturing course. He is currently serving on the Board of Trustees for Worcester Polytechnic Institute Judy L. Aschner, MD
Trustee
Judy L. Aschner, M.D. is an internationally recognized leader and physician-scientist in pediatrics, neonatology and perinatal biology. Her laboratory and translational research focus is the regulation of the newborn pulmonary circulation. Dr. Aschner has served in a number of leadership roles, including secretary-treasurer of the American Pediatric Society, founder of the Tennessee Initiative for Perinatal Quality Care, chair of the Organization of Neonatology Training Program Directors, member of the American Board of Pediatrics Sub-board of Neonatal-Perinatal Medicine and vice-chair and member of the board of directors of IPOKRaTES Foundation, an organization dedicated to continuing medical education in the developing world. 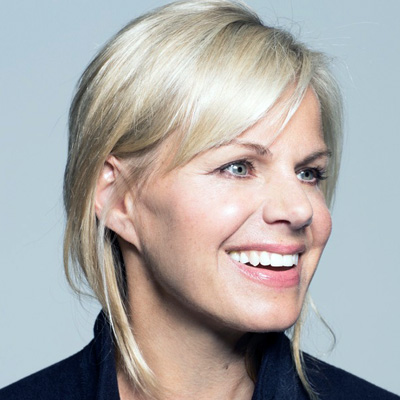 Gretchen Carlson
Trustee
Journalist, author, TED talk alum and advocate, Gretchen Carlson paved the way for #MeToo with her historic 2016 sexual harassment complaint against the chairman of Fox News. Named one of Time Magazine’s
“100 Most Influential People in the World,” and author of New York
Times bestsellers “Be Fierce” and “Getting Real,” Carlson is one of America’s most successful news anchors and a globally recognized advocate for women’s empowerment. Carlson’s Gift of Courage Fund created the Gretchen Carlson March of Dimes Advocacy Fellows program in 2018 for 20 women across the country to advocate in their local communities, states and nationally for health policies affecting women and children. 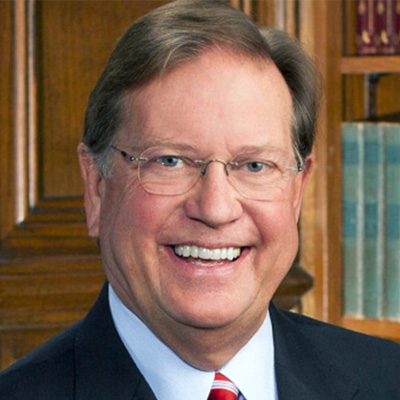 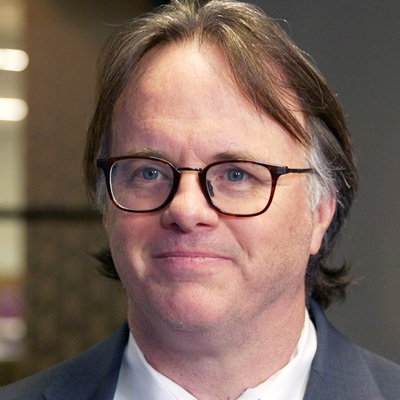 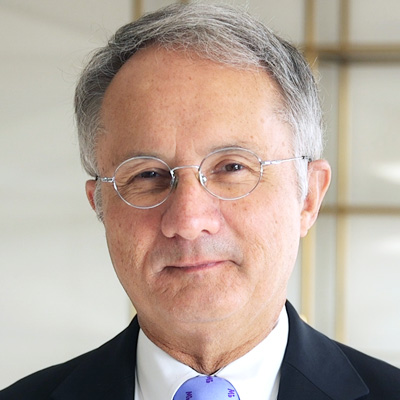 Charles J. Lockwood, MD, MHCM
Trustee
Charles J. Lockwood, MD, MHCM, is Senior Vice President, USF Health
Dean, USF Health Morsani College of Medicine. At USF Health, Dr. Lockwood leads the Morsani College of Medicine and the Colleges of Nursing, Public Health and Pharmacy, and the School of Physical Therapy and Rehabilitation Sciences. He also oversees the faculty group practice of the medical school—with over 900 health care providers, it’s one of the largest multispecialty group practices in Florida. Dr. Lockwood is also a professor in the medical school's Department of Obstetrics and Gynecology, and holds a secondary appointment as a professor in the USF Health College of Public Health. He assumed these leadership roles when he joined USF Health in May 2014, and has also served as an Executive Vice President at Tampa General Hospital since 2015. 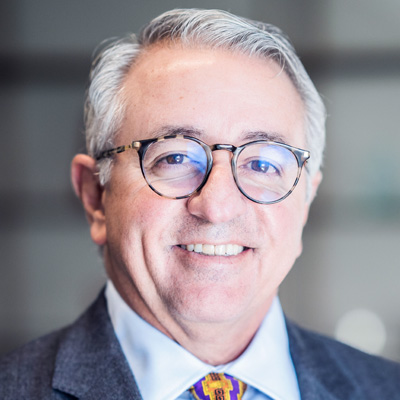 Juan Salgado-Morales, FACOG, MD
Trustee
Dr. Juan L Salgado is from San Juan, Puerto Rico. He graduated from the Universidad Central del Caribe, School of Medicine in Puerto Rico in 1985. He completed his residency in OB/GYN at the Caguas Regional Hospital in 1989 and is an international speaker in endometriosis and laparoscopy. His main work is in preoperative Staging of Endometriosis with endovaginal ultrasound and operative laparoscopy for deep infiltrating endometriosis. Dr. Salgado is an Associate Professor in the department of Obstetrics and Gynecology at the Universidad Central del Caribe School of Medicine and an Assistant Professor in the department of Surgery Residency Program at the School of Medicine, Medical Sciences Campus in San Juan 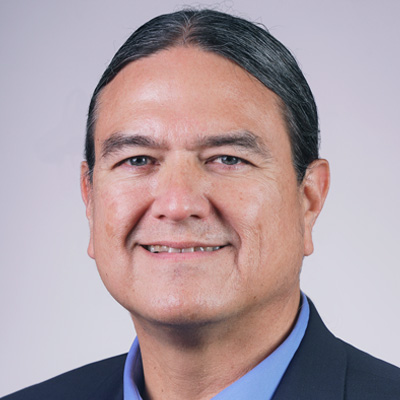 Donald K. Warne, MD, MPH
Trustee
Donald Warne, MD, MPH is the Associate Dean of Diversity, Equity and Inclusion as well as the Indians Into Medicine (INMED) Program Director, and Professor of Family and Community Medicine at the School of Medicine and Health Sciences at the University of North Dakota. He also serves as the Senior Policy Advisor to the Great Plains Tribal Chairmen’s Health Board. Dr. Warne is a member of the Oglala Lakota tribe from Pine Ridge, South Dakota, and comes from a long line of traditional healers and medicine men. He received his MD from Stanford University School of Medicine and his MPH from Harvard School of Public Health. Dr. Warne’s life’s work is to address health equity, including birth outcomes, in indigenous populations. In addition to serving on the Board of Trustees, he is a member of the Health Disparities Subcommittee of the Advisory Committee to the Director of Centers for Disease Control and Prevention as we as a member of the Board of Directors, Public Health Foundation. 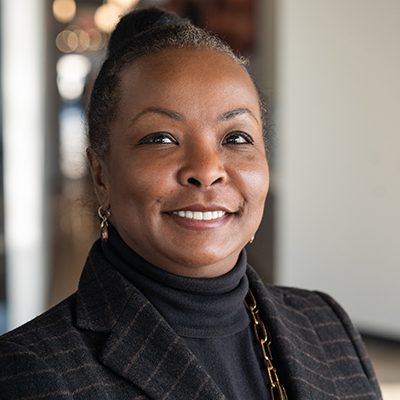 LaVerne H. Council
Trustee
LaVerne H. Council is a founder and the Chief Executive Officer of Emerald One Consulting. She has more than 30 years of experience in both the public and private sectors, implementing global technology solutions and strategies that drive growth and innovation. She previously served as Assistant Secretary for the Office of Information & Technology and Chief Information Officer for Veterans Affairs; Corporate Vice President and first Global CIO for Johnson & Johnson; Global Vice President for information technology, global business solutions, and development services at Dell Inc., among others. Council has been a March of Dimes volunteer since the age of five and served as Chair of the National Board of Trustees from 2011 to 2015. 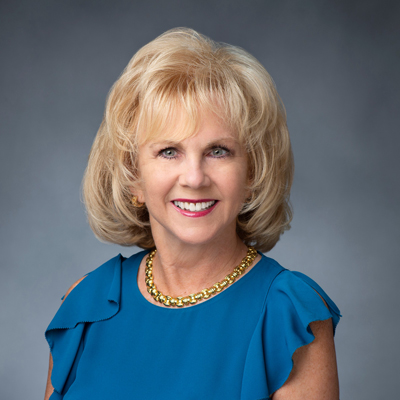 Sharon Mills Higgins
Trustee
Sharon Mills Higgins, an independent marketing and philanthropy consultant, spent 20 years at Xerox Corporation in a variety of management positions. She has also been a volunteer for March of Dimes Pennsylvania for 15 years. There she has served in various capacities, including Secretary, Vice Chair, acting Board Chair, and currently as Advocacy Chair. In 2017, she joined the March of Dimes National Volunteer Leadership Council. 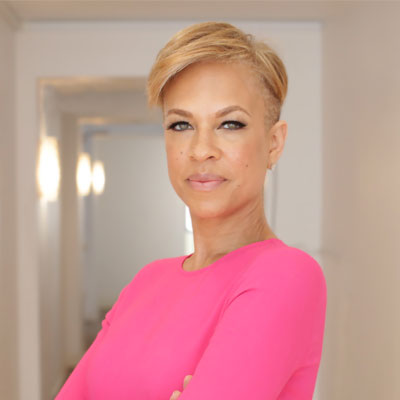 Tonya Lewis Lee
Trustee
Tonya Lewis Lee is a producer, author and advocate for women and infant health, with a particular focus on improving the health and wellness of underserved communities. In 2009, Lee produced the documentary, Crisis in The Crib, exploring the issues of infant mortality in the U.S. Her work as a women’s health advocate, led Lee to establish her own wellness brand, Movita. She is also an accomplished writer of children’s books and scripts. She formerly served as a spokesperson for A Healthy Baby Begins With You campaign from the U.S. Department of Health and Human Services. 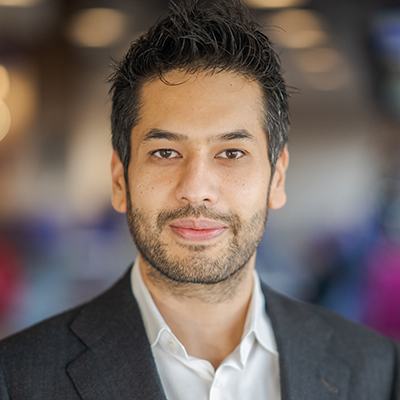 Muhammad Shahzad
Trustee
Muhammad Shahzad is Chief Financial Officer at The Honest Company. Previously, he was a Vice President in the Investment Banking Division at Goldman, Sachs & Co., where he covered a broad array of clients in the technology and media sectors. Shahzad has previously founded his own company, and also has worked at Accenture and Deutsche Bank. He also currently serves as Chairperson of the Board of Directors at Developments in Literacy, an education nonprofit organization, and is involved in other nonprofit endeavors. 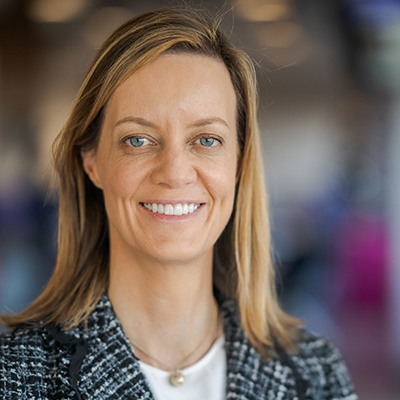 Lorna Street, MBA, CPA
Trustee
Lorna Street, MBA, CPA, brings over 20 years of financial leadership experience to March of Dimes and was most recently Chief Financial Officer of Kids2, a global leader in the infant product industry. During her career she held global leadership roles at Nestle, Morgan Stanley and Harland Clarke that include leading large finance, IT and legal teams. Street’s financial and accounting knowledge, impart significant expertise to the board, including strategy, risk management, audit, financial reporting and corporate governance.

Lead the fight for the health of all moms and babies with a career at March of Dimes.