In August 2013 we discovered Katie was pregnant. We were both healthy and in our late 20s, and at that point the pregnancy was pretty standard. In mid-December, Katie had gone to her 24-week appointment and everything checked out fine. But on Christmas night Katie felt really sick and began vomiting, so we went to the hospital. Her blood pressure was very high and her liver enzymes were way up, too. Tests showed she had HeLLP syndrome, which can be fatal for mom and baby. Suddenly everything happened fast. Doctors and nurses rushed into the room and announced, “Hey guys, we’re delivering this baby now!”

Born at 26 weeks, 6 days, and weighing just 1 pound, 7 ounces, Jack went straight to the NICU at Winthrop University Hospital in Mineola, NY. On his second day of life his lung collapsed. And he struggled with multiple complications with his bowels throughout his time in the NICU. He had surgery at 7 weeks for an infection in his bowels, and because he was so small, the surgery was deemed risky—someone brought us baptismal water. In all, he spent 121 days in the NICU. 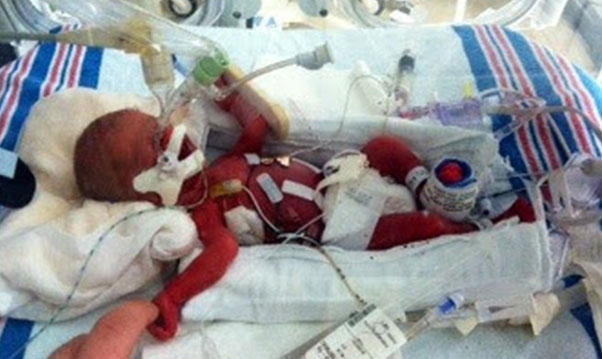 Three years later, the pregnancy with Josephine went south at the very same point—26 weeks—but there were fewer problems overall. Given Katie’s history with Jack, the doctors were watching her very closely throughout the pregnancy, and both mom and baby were more stable this time. Born at 26 weeks, 4 days, and weighing just 1 pound, 8 ounces, Josephine needed surfactant therapy for her lungs and she developed a blood-borne infection at 7 weeks. State-mandated newborn screening—thanks, March of Dimes!—caught her hypothyroidism early and critical treatment was begun. She spent 91 days in the NICU.

Navigating all this as a dad was a challenge because I didn’t have a roadmap. I didn’t know what I should be doing, so I threw myself into making sure the insurance and our finances were okay. I spoke with the doctors and social workers regularly so that Katie could focus on spending time with kids in the NICU. 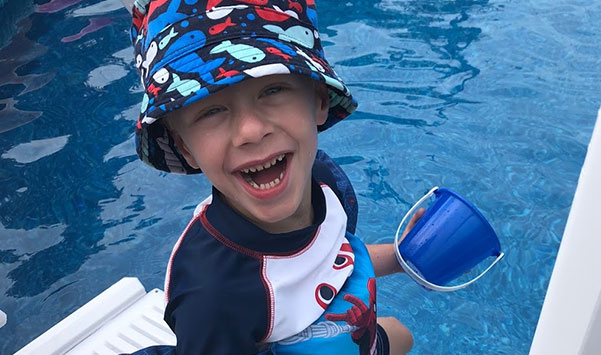 Now I get a call when there’s a dad with a baby in the NICU. It’s one of the most important things I get to do. Sometimes a March of Dimes [NICU Family Support] coordinator will reach out and I’ll go to the hospital, grab a coffee with another dad and we talk. But I also have a good relationship with the nurses—we have a connection. When we were in the NICU, sometimes they would come down the hall and grab me from the family room to chat with the parents. Sometimes a dad freaks out and I get it. I listen and try to help. It doesn’t matter if your kid is in the NICU for 100 minutes or 100 days—it’s hard.

A question I get a lot from other dads is, “When do I have time to process emotionally what’s happening?” [In my case], I would just cry in the shower every morning, because I didn’t want to cry in front of Katie or Jack.

You don’t plan for this and you don’t know what can happen or what effects or complications your child might suffer. Families in the NICU are under a lot of pressure, and I plan to keep working with March of Dimes to make sure that dads have what they need to stay as strong as possible and to hear from someone who’s been there—twice.