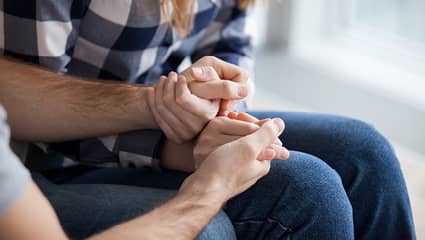 What is an ectopic pregnancy?

Ectopic means “out of place.” An ectopic pregnancy is when an embryo grows in the wrong place outside the womb. An embryo is a fertilized egg that results when an egg and sperm combine.

Once an egg is fertilized, it usually travels down a fallopian tube and attaches to the lining of your uterus (also called the womb). Fallopian tubes are the tubes between your ovaries (where your eggs are stored) and the uterus. The uterus is the place inside you where your baby grows.

In most ectopic pregnancies, the fertilized egg attaches to a fallopian tube before it reaches the uterus. Less often, it attaches to an ovary, the cervix or your abdomen (belly). The cervix is the opening to the uterus that sits at the top of the vagina. These areas don’t have enough space or the right tissue for a baby to grow.

Without treatment, an ectopic pregnancy can cause the place where it’s attached to bleed heavily or burst. This can lead to serious bleeding and even death in the pregnant woman. An ectopic pregnancy always ends in pregnancy loss. About 1 in 50 pregnancies (2 percent) in the United States is ectopic.

What are the signs and symptoms of an ectopic pregnancy?

Signs of a condition are things someone else can see or know about you, like you have a rash or you’re coughing. Symptoms are things you feel yourself that others can’t see, like having a sore throat or feeling dizzy.

An ectopic pregnancy may start out with usual signs and symptoms of pregnancy, like missing your period or having nausea (feeling sick to your stomach) and tender breasts. Or you may not have any signs or symptoms and not even know you’re pregnant.

Call your health care provider right away if you have any of these signs and symptoms of ectopic pregnancy:

How is an ectopic pregnancy diagnosed?

Your provider may do these tests to look for an ectopic pregnancy:

How is an ectopic pregnancy treated?

There are two treatments for ectopic pregnancy:

After treatment, your provider regularly checks your hCG levels until they return to zero. This can take a few weeks. If your levels stay high, it may mean that you still have ectopic tissue in your body. If so, you may need more treatment with methotrexate or surgery to remove the tissue.

Who is at risk for having an ectopic pregnancy?

Any woman can have an ectopic pregnancy. But the risk is higher if you:

Medical conditions that increase your risk for having an ectopic pregnancy include:

If you’ve had an ectopic pregnancy before, can you go on to have a healthy pregnancy?

The March of Dimes has information on how to cope with this difficult time.

Connect with parents who have lost a baby.

Protect the women you love