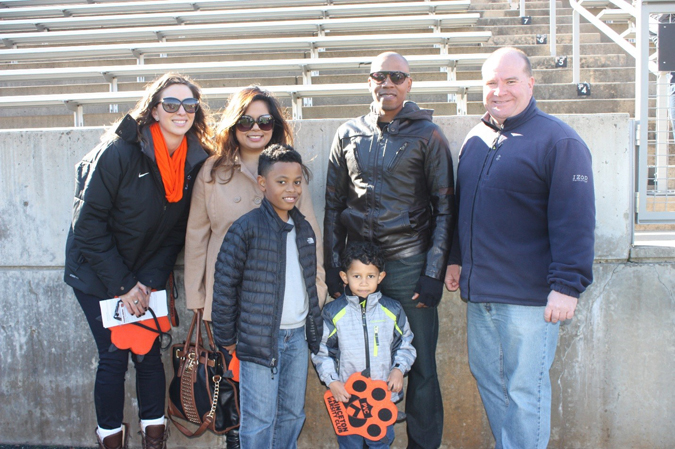 Princeton University used the 2015 United States Mint March of Dimes Silver Dollar for the coin toss at the kickoff of its football game against Yale University today to show its support for Prematurity Awareness Month.

“We’re proud to be part of the March of Dimes awareness campaign to give more babies a healthy, full-term start in life,” said Mollie Marcoux, Ford Family Director of Athletics, Princeton University. “In addition, Princeton is a participating university in the national network of March of Dimes Prematurity Research Centers. These centers are dedicated to finding the unknown causes of premature birth and new ways to prevent it. Together, the Princeton community is working to help the March of Dimes improve the health of mothers and babies.”

Surcharges of $10 for each silver dollar sold are authorized to be paid to the March of Dimes to help finance research, education and services aimed at improving the health of women, infants, and children. Coins can be purchased at 1.usa.gov/1MoGVwF.

November is Prematurity Awareness Month and November 17 is World Prematurity Day. In the United States, about 380,000 babies – or 1 in 10 -- are born prematurely each year. Premature birth is the #1 killer of babies, and those who survive an early birth are at risk for serious health challenges such as cerebral palsy, lung problems, vision and hearing problems and learning disabilities. Worldwide, 15 million babies a year are born prematurely, with nearly one million of them dying before their first birthday. Premature birth and its complications are now the leading cause of death for children under age 5 worldwide.

The March of Dimes legacy from conquering polio in the 1950s to preventing preterm birth in the 21st century is celebrated on a new 2015 commemorative coin, minted in honor of the organization’s more than 75 years of life-saving achievements. The silver dollar coin, authorized by act of Congress, blends the March of Dimes past, present and future. It features a president and a scientist, Franklin D. Roosevelt and Dr. Jonas Salk, who played key roles in the March of Dimes work to conquer polio, on the coin’s head or obverse side. The coin’s reverse is the image of a baby being cuddled in the hand of its parent, symbolic of the March of Dimes mission today to help all four million babies born in the United States each year get a healthy start in life. More information can be found at marchofdimes.org/coin.