In March of 2006, Mitch and Anna Johnson of Statesville welcomed their first son, Will, into the world at just six months gestation. Due to being born nearly three months premature, Will weighed only one pound, five ounces at birth. His twin brother, Sam was born three days later and weighed one pound, two ounces. Due to various complications from their premature birth, Sam passed away two days after delivery. As a gesture of support while Will was still in the Neonatal Intensive Care Unit (NICU), Mitch and Anna’s family started Team Will, a March for Babies Family Team.

The March of Dimes Foothills Division is pleased to announce Team Will is currently ranked number 1 in the nation for 2015 March for Babies Family Teams. Their fundraising efforts were led by none other than nine-year-old Will and his parents. In 2015, they raised over $103,000 during the Iredell County March for Babies campaign and have not only been the top Family Team statewide but also a top team nationally since 2009.

“We are so grateful to the Johnson family for their invaluable efforts in not only raising awareness about the mission of the March of Dimes, but for their tireless fundraising campaigns to help ensure the health of all babies,” said Carrie Watts, Foothills Division of March of Dimes Board Chair.“ The NC Foothills Division is truly honored to have Team Will represent us as the country’s #1 Family Team.”

More than 4 million babies are born in the United States each year and the March of Dimes has helped each and every one of them through research, education, vaccines and breakthroughs. Since inception, Team Will has raised more than $419,000 to aid in the Foundation’s efforts.

Today, Will is a happy and thriving little boy.

“When Will was in the NICU, we never could have imagined life would be as good as it is today,” stated Anna. Will still receives vision therapy but is a healthy, happy child. He enjoys playing soccer and piano and is excelling in school. Anna encourages family members of premature babies to sign up for a Family Team in the annual March for Babies Walks. “Family Teams are a great way to show support to families who have a baby in the NICU,” she stated.

For Team Will, they walk to remember Sam, to commemorate Will’s journey and to fight for babies across the country but they want their community, state and nation to join their pursuits of the day no baby has to fight to reach tomorrow. 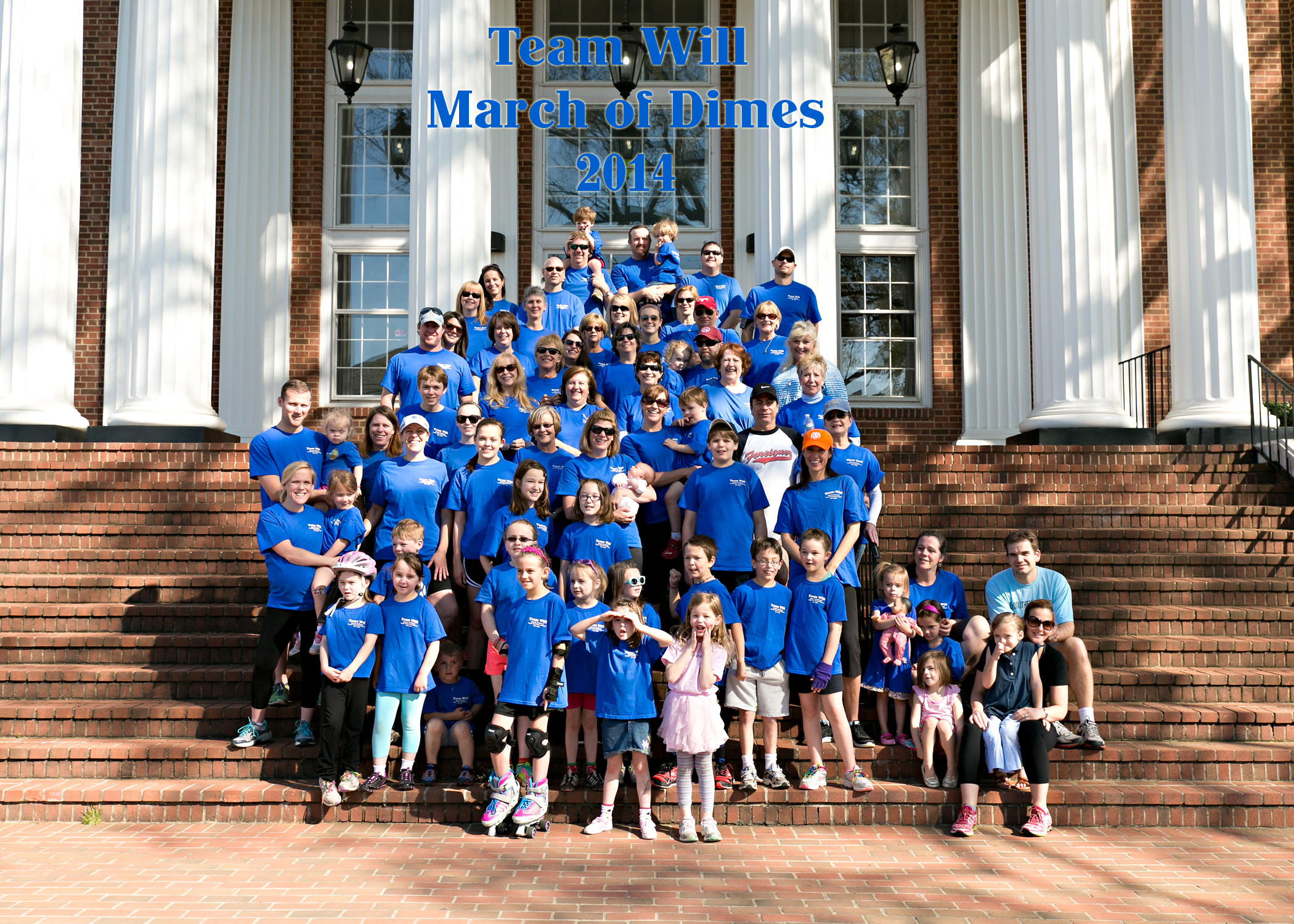