Home > News > From Supermodels, to Super Sponsors, to Super Volunteers: We All March for Babies®

From Supermodels, to Super Sponsors, to Super Volunteers: We All March for Babies® 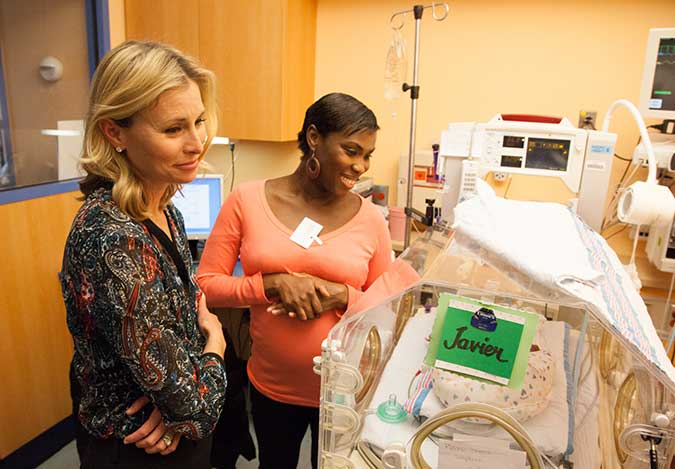 Caption: Niki Taylor, supermodel, mom and March of Dimes volunteer visited the Neonatal Intensive Care Unit (NICU) at NewYork-Presbyterian/Morgan Stanley Children’s Hospital today. She’s pictured here with Nadia Guirand-Jean, whose son, Javier is recovering in the NICU from his premature birth. They talked about how parents of preemies cope, and how this month’s March for Babies helps fund research and other programs to prevent premature birth and other maternal and infant health problems. 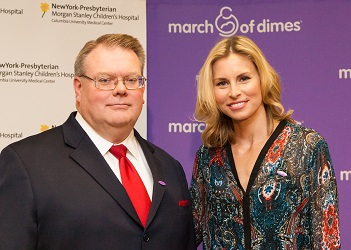 Caption: Steve Offutt, Northeast Region District Manager for Kmart, and supermodel Niki Taylor, visit the Neonatal Intensive Care Unit (NICU) at New York-Presbyterian/Morgan Stanley Children’s Hospital today to help raise awareness for the March of Dimes signature fundraiser, March for Babies. Kmart, March of Dimes top corporate partner, its associates and customers have raised over $114 million in 30 years to help babies be born strong and healthy. Now through June 21, you can make a contribution at any Kmart store or online at kmart.com/marchofdimes. 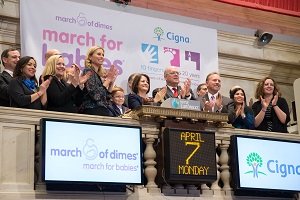 Caption: Lisa Bacus, Cigna’s Global Chief Marketing Officer and President of the Cigna Foundation (center), celebrates 20 years of supporting the March of Dimes and its work to give all babies a healthy start by ringing The Closing Bell® at the New York Stock Exchange today. She was joined by supermodel and mother of four Niki Taylor; six-year-old March of Dimes 2014 National Ambassador Aidan Lamothe; March of Dimes Chief Operating officer Richard Mulligan; and other friends and corporate supporters. March for Babies will take place in most communities across the U.S. the weekend of April 26-27. Cigna honored its 20-year commitment with a new banner, 10 Fingers, 10 Toes and 20 Years. (Photo by Ben Hider/NYSE Euronext) 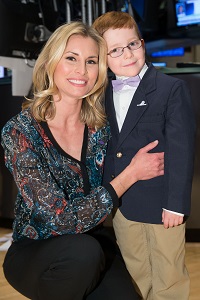 Caption: Niki Taylor, supermodel and mother of four, met six-year-old March of Dimes 2014 National Ambassador Aidan Lamothe, who was born prematurely, during their visit to the New York Stock Exchange today to ring The Closing Bell®. Aidan and his parents are traveling the country to share their story and help raise funds and awareness for stronger healthier babies. Niki and Aidan were joined by top corporate sponsors of March for Babies, which will take place across the country the weekend of April 26-27. (Photo by Ben Hider/NYSE Euronext) 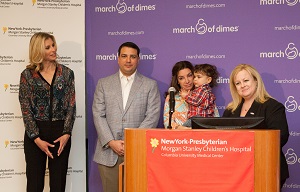 Caption: (Pictured left to right) Niki Taylor, supermodel and mom, met fellow March of Dimes volunteers Matthew and Briana Tortoso with son JohnCarlo today at New York-Presbyterian/Morgan Stanley Children’s Hospital. JohnCarlo is a surviving twin and was born prematurely at the hospital. Kari Mastro, VP of Nursing & Patient Care Services at NY-Presbyterian, joined them to talk about the professional partnership between March of Dimes and the hospital, which also has a team participating in March for Babies.  (All unlabeled photo credit: March of Dimes)