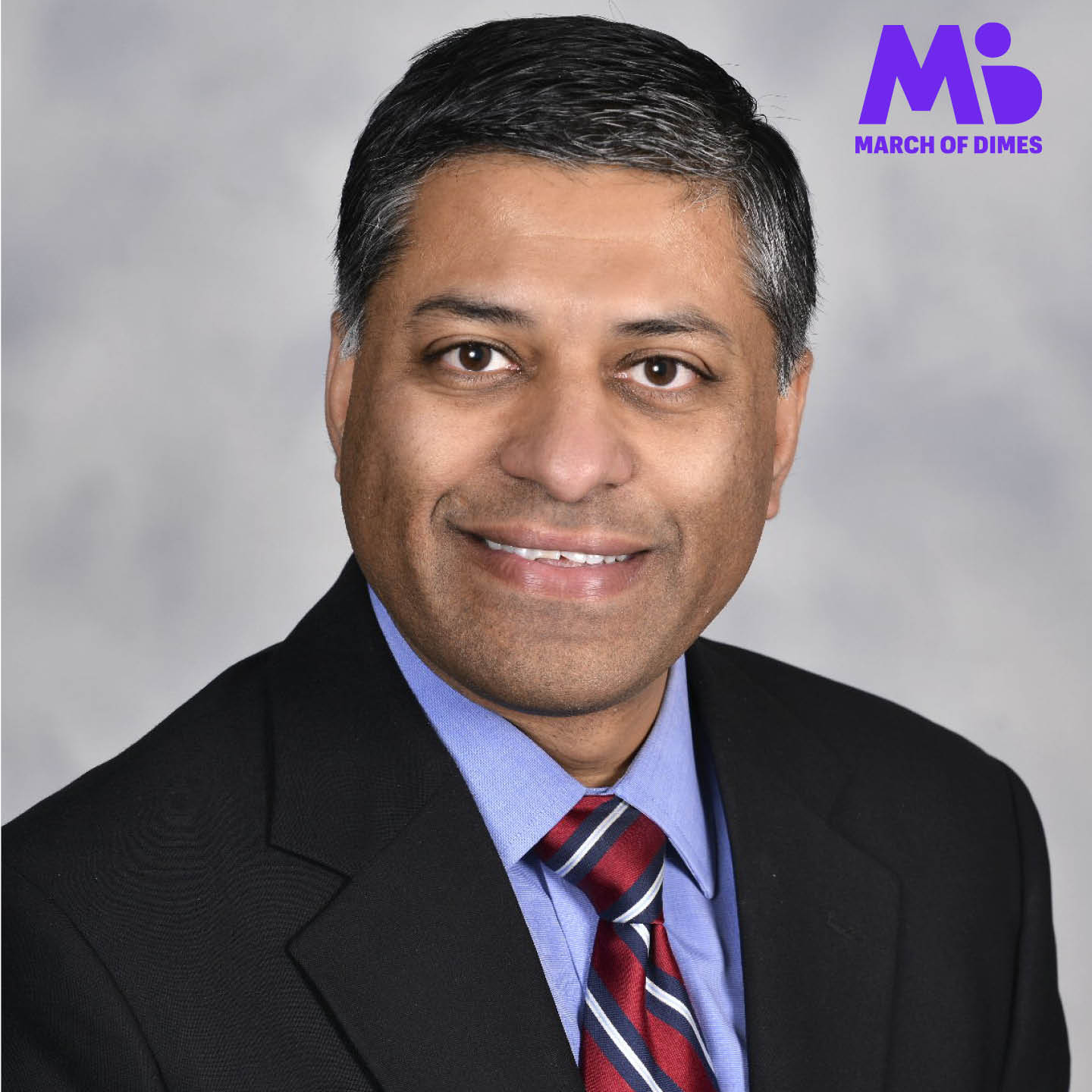 Rahul Gupta, MD, MPH, MBA, FACP, who gained national recognition for his work as public health commissioner for West Virginia, has been named Senior Vice President and Chief Medical and Health Officer at March of Dimes, the nation’s leader in mom and baby health.

In his new role, Dr. Gupta will provide strategic oversight for March of Dimes medical and public health efforts to improve the health of all moms and babies.

“Dr. Gupta’s leadership skills, accomplishments, vision, and passion for prevention will be crucial to meeting March of Dimes goals to give every mom and baby the best chance for a healthy start,” says Stacey D. Stewart, president of March of Dimes. “State and federal data show that the health of pregnant women and babies in this country is getting worse, and there’s an urgent need for the type of innovative solutions that Dr. Gupta has made his hallmark.”

“We’re excited to welcome Dr. Gupta as the new Chief Medical and Health Officer of March of Dimes,” says F. Sessions Cole III, MD, of Washington University in St. Louis, a member of the March of Dimes National Board of Trustees and chair of its Mission Advancement Committee. “For many years, Dr. Gupta has been a national thought leader and a driver of good public policies on health issues critical to moms, babies, and families.”

“I’m pleased to be joining March of Dimes, an organization that’s fighting for the health of all families, no matter who they are, where they live or what they can afford,” says Dr. Gupta.

As Commissioner and State Health Officer in West Virginia since 2015, Dr. Gupta has led the state’s opioid crisis response and launched a number of pioneering public health initiatives, such as the Birthscore program to identify high-risk infants.

Dr. Gupta, a specialist in internal medicine and preventive medicine, served as an academic faculty in Tennessee and Alabama before going to West Virginia originally in 2009 to lead the Kanawha-Charleston Health Department. He is also adjunct professor in the Department of Health Policy, Management and Leadership in the School of Public Health at West Virginia University and holds several other academic appointments as well.

Throughout his career, Dr. Gupta has served as an advisor to nonprofit organizations and task forces on local, national and international public health policy and programs.  He has served as a peer reviewer and editorial board member for journals and for the National Academies of Sciences, Engineering and Medicine, and has published over 120 peer-reviewed articles. He was named “West Virginians of the Year” in 2017 by the Charleston Gazette-Mail, and has received numerous teaching and service awards and honors.

Dr. Gupta was born in India and grew up in Maryland and the suburbs of Washington, D.C., the son of an Indian diplomat. At age 21, he completed medical school at University of Delhi, and subsequently did his internship and residency at St. Joseph Hospital, Northwestern University in Chicago, Illinois. He earned a master’s degree in public health from the University of Alabama-Birmingham and a global master’s of business administration degree from the London School of Business and Finance.

He and his wife, who is also a physician, have identical twin sons studying at Yale University.