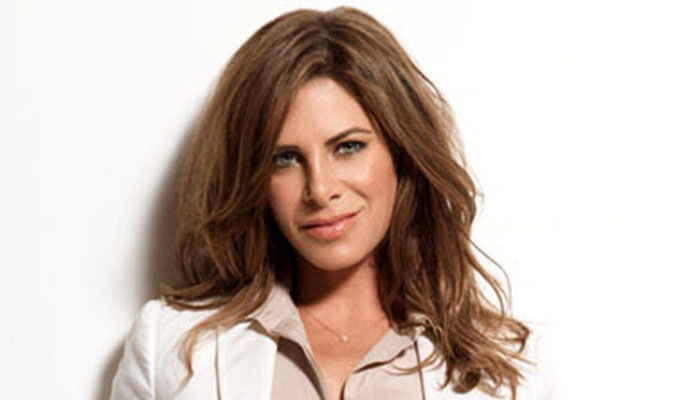 Celebrity fitness icon, mom and Kmart ambassador Jillian Michaels, World Champion swimmer Alison Schmitt, All-American Football Star Tevin Coleman, and others are teaming up with half a million volunteers for March for Babies to help fight premature birth. The goal for this year’s event is to raise $100 million for research, education and services to help moms have healthy, full-term babies.

“Premature birth is the leading cause of death for children under age five worldwide. Babies who survive a premature birth may face lifelong health and learning problems,” says Dr. Jennifer L. Howse, president of the March of Dimes. “Thanks to our walkers and celebrity ambassadors, more premature babies and their families will receive the care they need, and we will continue to fund research into the causes of preterm birth and other problems that affect the health of babies.”

The Los Angeles March for Babies will be led by celebrity fitness icon, mom and Kmart ambassador Jillian Michaels. A designer for her own fitness wear line, Impact by Jillian Michaels at Kmart, she has designed a signature t-shirt for this year’s March for Babies to help generate fundraising and awareness. Kmart is the number one corporate sponsor for the event, having raised over $125 million over the past 30-plus years.

“As a mom, I’m proud to team with Kmart in support of March of Dimes because their work has made such incredible strides in its mission for healthy babies,” said Jillian Michaels, celebrity fitness icon and Kmart ambassador. “I know first-hand the transformative impact people can achieve when they dedicate themselves toward a goal – and that’s what giving to March of Dimes is all about. Together with Kmart, I’m excited to drive more awareness of this great cause and help more babies get a healthy start in life.”

Athletes with a personal connection to premature birth are also stepping up to support March for Babies throughout the country. In Chicago, former Indiana All-American running back Tevin Coleman will step out in his hometown at the downtown Lakefront March for Babies on Sunday, April 26th. Coleman, projected to be a top running back pick in this year’s NFL draft, was born 10 weeks early weighing only 3 ½ pounds. Doctors gave him a 20 percent chance of survival. He now serves and an inspiration to others to help fight premature birth.

In Baltimore – Allison Schmitt, who has amassed 14 swimming medals in major international competition throughout her career, will help lead the opening ceremonies of March for Babies on Saturday, May 9th at Camden Yards. Schmitt was also born prematurely and is sharing her own story so more babies will be born full-term and healthy.

In Mt Airy, North Carolina – Houston Texans Offensive Tackle Tyson Clabo is leading the walk with his family team on Saturday, May 9 in on honor of his son, Cameron Michael Clabo, born at 34 weeks weighing four pounds, two ounces. Baby Cameron spent 40 days in the hospital including twenty days in the neonatal intensive care unit (NICU) on feeding tubes, as he was too weak to eat on his own. “We prayed daily for the strength and knowledge of our doctors and nurses,” said Tyson Clabo’s wife, Kendra. “We are so grateful for the support of March of Dimes.”

Also supporting this year’s March for Babies is John Colaneri of HGTV’s Kitchen Cousins and America's Most Desperate Kitchens who will walk in his home state at Darlington Park in Mahwah, New Jersey on Sunday, April 26. Colaneri and his wife Jennifer welcomed their first child Lilyan Belle in December 2014.

Thalia, Melissa Joan Hart, Dr. Travis Stork, Gabrielle Reece, Elisa Donovan and musicians Sara Evans and Howie Dorough, and several other celebrity volunteers have also joined in to encourage fans and followers to sign up and support March for Babies and March of Dimes mission via social media.

This weekend’s Los Angeles March for Babies will be led by celebrity fitness icon, mom and Kmart ambassador Jillian Michaels. Visit a Kmart store now thru June 20th and make a donation on behalf of stronger, healthier babies. Or visit marchforbabies.org today