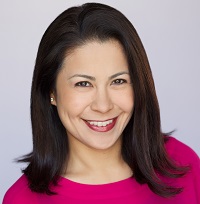 As Executive Director, Tang will supervise the division staff and board, manage donor and volunteer recruitment and engagement, and oversee fundraising activities and community programs to advance the March of Dimes mission of improving the health of babies locally.

“Charmaine not only brings great passion for the mission to her role as Executive Director, but also a keen business acumen as an entrepreneur and a former Wall Street analyst,” Darcie Wells, Texas Chapter State Director said. “As a former Dallas Division board member, she also brings a unique volunteer perspective to our team.”

The March of Dimes mission touched Tang directly when her son, Tyler, was born prematurely with life-threatening health issues nine years ago.  Her family then formed one of the nation’s top family teams, Team Tang-O, in honor of Tyler and his cousin Olivia who also was born too soon.  To date, Team Tang-O has raised $150,000 for the March of Dimes dating back to the Tangs’ days in New York.

Tang also is the co-owner of Kidville Dallas, which offers early childhood classes and programs targeted toward newborns to six year olds.  She spearheaded the grand opening in 2011 and built Kidville’s brand in Dallas through grassroots marketing efforts.  Tang has hired and trained teachers and staff, and also handles financial affairs for the company.

Prior to moving to Dallas, Tang was a Vice President and Equity Research Analyst at Citi Investment Research.  She has made frequent appearances as a retail stock expert on CNBC, ABC, FOX, NPR, PBS, and other media networks, as well as at industry events and conferences.

Tang has been an active philanthropist throughout her life -- she began volunteering for March of Dimes at the age of 14.  In addition to her service to March of Dimes, she also co-founded and co-chairs the Kids Against Hunger Council for the North Texas Food Bank.  This program focuses on raising awareness about Dallas’ childhood hunger problem and organizes events for local private and public schools to participate.  Tang is also an active volunteer at her children’s school, The Lamplighter School in North Dallas.

Tang and her husband George, a Dallas native, have two children, Tyler (age 9) and Charlotte (age 7).