The March of Dimes Celebrity Advocate Council is comprised of leaders from throughout the entertainment industry who are using their platforms to advocate for research, programs, and education so that every baby can have the best possible start.

By raising awareness about the issues impacting moms and babies, our advocates help drive attention to areas where it’s needed.

Healthy moms. Strong babies. That’s what we fight for each and every day—and the March of Dimes Celebrity Advocate Council helps amplify the impact of that work. 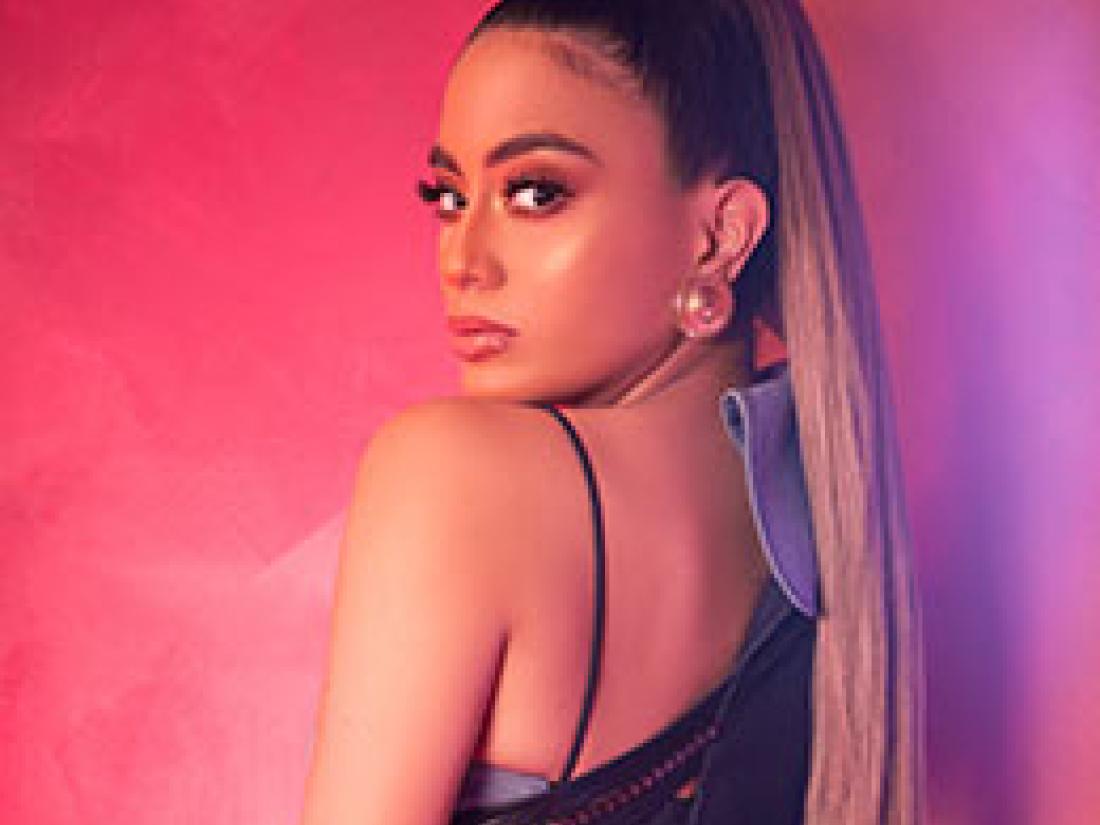 Ally Brooke is the tremendously talented pop star who, after breaking out as a member of the multi-platinum pop group "Fifth Harmony", signed with Atlantic Records to release her solo debut album. Hailing from San Antonio, Ally first gained the world's attention as a solo contestant on "The X Factor". Raised in an intensely passionate and proud Latin community, Brooke gravitated early to mariachi music and Tejano artists, first finding her voice when singing in church. Ally joined the 28th season of "Dancing with the Stars" in the fall of 2019. Born prematurely, Ally joined the March of Dimes Celebrity Advocate Council to lend her voice to the urgent maternal and infant health crisis in the United States. Through her own experience, she’s shining a spotlight on the need for more research to identify why about 1 in 10 babies are born prematurely in the United States. 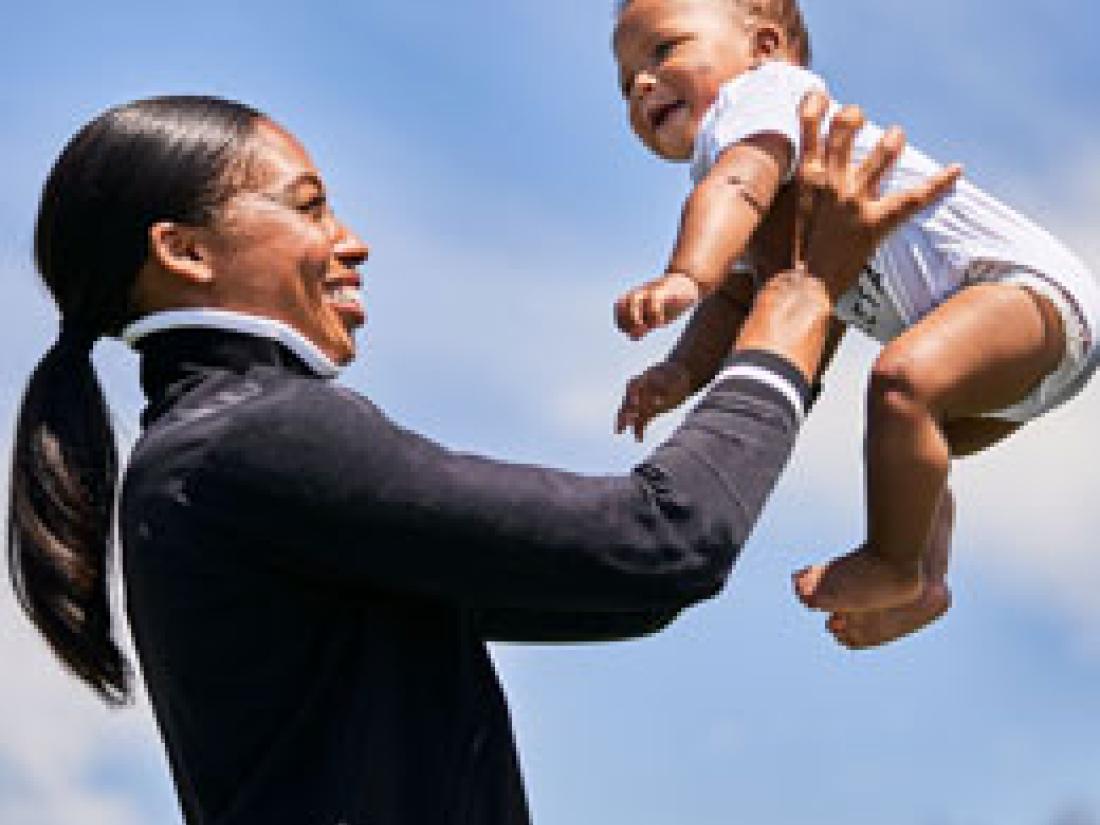 Allyson Felix is the most decorated Track & Field Olympian in history. A nine-time Olympic medalist. Six-time Olympic Champion. World Record Holder. She has won, a mind-blowing, twenty-five global medals at the Olympics and World Championships. Allyson is still honing her craft and her determination is rivaled only by the greatest of the greats. Allyson has found passions off the track which she believes are her true calling. She loves children and serves as a member of the Right To Play board hoping to raise awareness for under-served children in developing regions. Her greatest accomplishment and her greatest love is her daughter, Camryn, who reminds her every day that she can never stop fighting for what is right in this world. Camryn was born premature at 32 weeks via emergency C-section due to preeclampsia and Allyson nearly lost her life. As a March of Dimes advocate, she is sharing her experiences both as a mother and an athlete who overcame barriers put before her for being a mother. She’s calling for change everywhere from maternal employment policies to the way we talk about and respond to the black maternal health crisis. 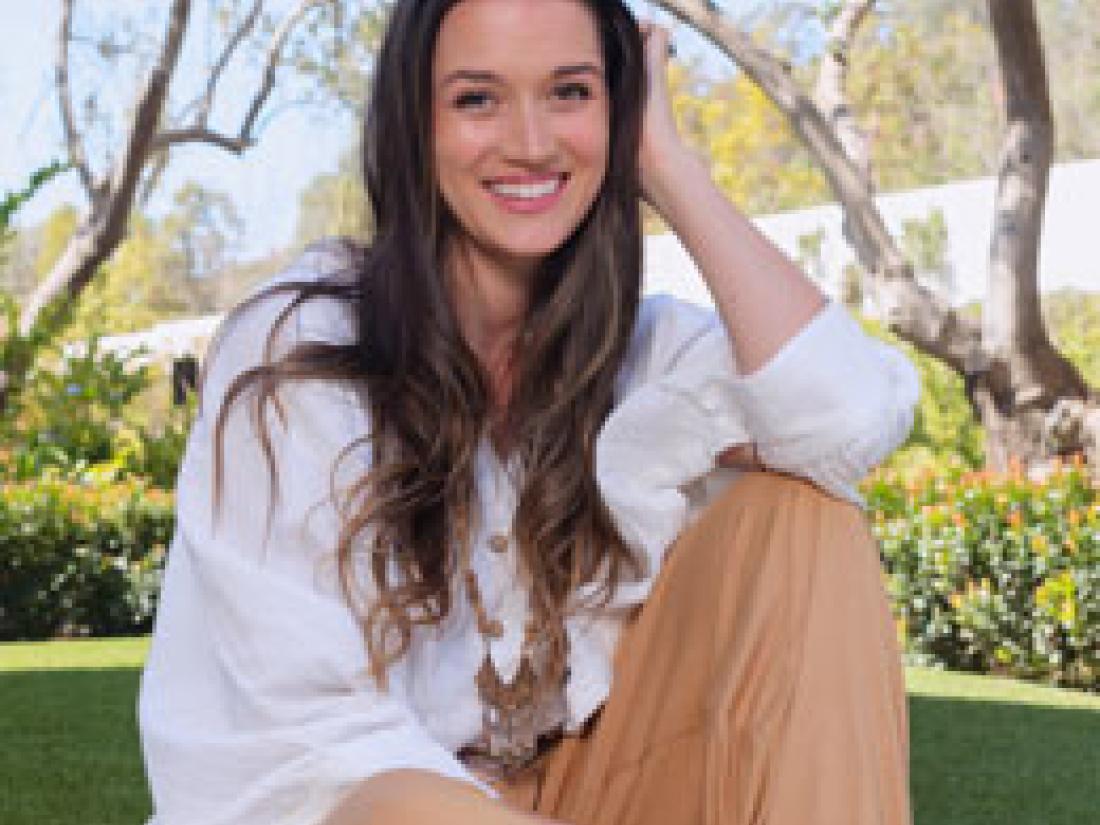 Jade Roper-Tolbert was a contestant on Season 19 of The Bachelor, and then went to paradise for Bachelor of Paradise season 2, where she found her now-husband, Tanner. Since then, the two have gotten married, relocated to California, and gave birth to three children: Emmy, Brooks, and Reed. Jade has started a podcast with her best friend Carly Waddell titled "Mommies Tell All" and is an advocate for postpartum awareness and education. She is thrilled to be an active member of the March of Dimes Organization and believes strongly in providing resources and education for moms everywhere. 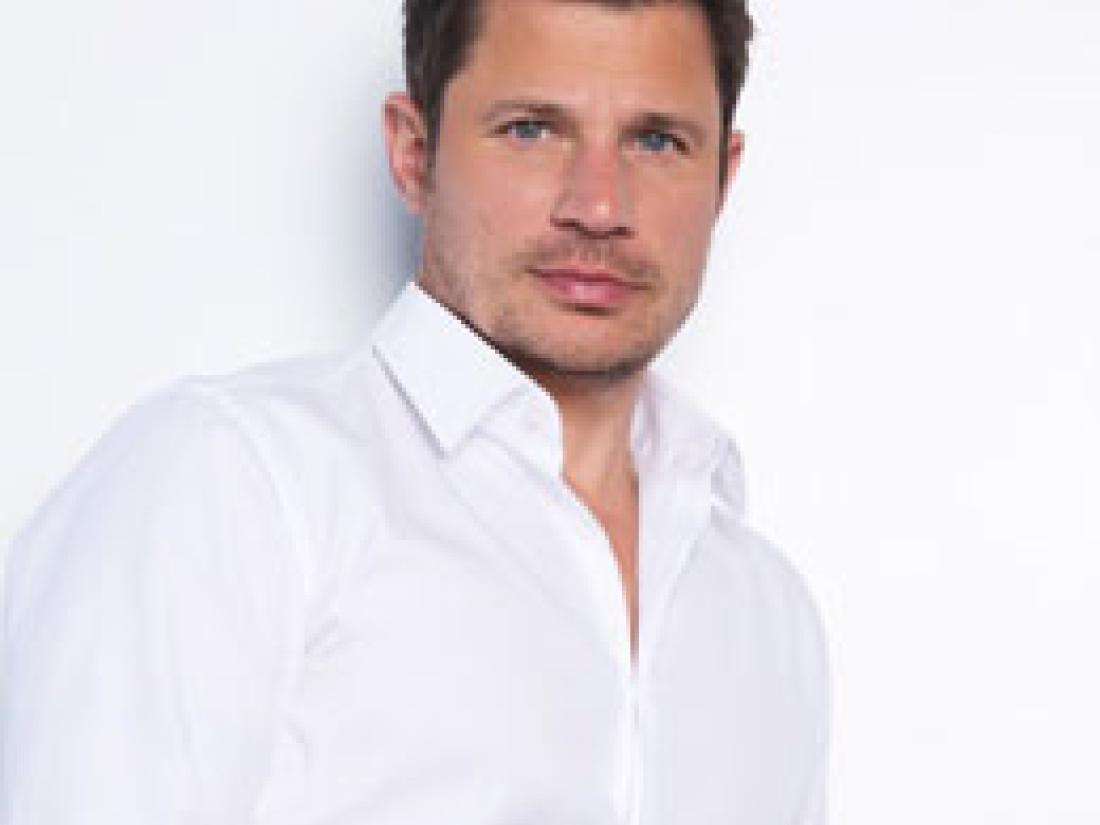 Nick Lachey is a television host, producer, singer, husband, and father of three. He first rose to fame as the lead singer of the multi-platinum selling boy band, "98 Degrees", who to date have sold over 10 million records. Nick is also a successful solo recording artist, and he has hosted several TV shows including "The Sing-Off", "High School Musical", "NBC’s Clash of the Choirs", "America’s Most Musical Family", and more. Nick is extremely passionate about increasing March of Dimes’ visibility in the entertainment community. Through his own experiences with becoming a father and parenthood, he has a deep understanding of what can happen when pregnancy and childbirth do not go according to plan. Nick’s third child spent about six weeks in the NICU after being born ten weeks early. Since then, Nick has shared his experience in order to draw attention to prematurity, talking about what it was like for him and his family in the days and weeks following his son’s birth. 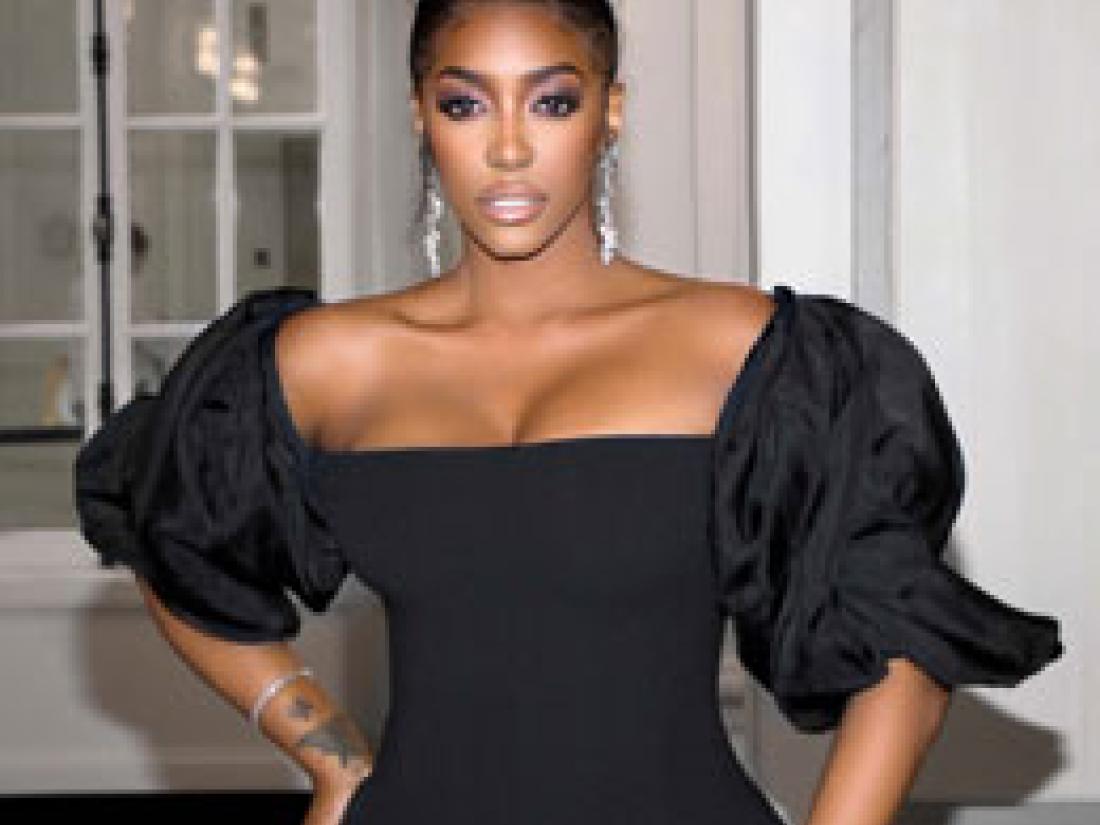 Porsha Williams is a multi-talented television host, media personality, and entrepreneur filled with big dreams and the ambition to make them a reality. Not only is Porsha one of the stars of Bravo’s #1 show, "The Real Housewives of Atlanta", but she also starred in her own highly-rated spin-off special, "Porsha‘s Having a Baby", which covered her incredible journey of pregnancy and motherhood. On a daily basis, she is the co-host of the nationally syndicated talk show "Dish Nation". She remains heavily involved in her various charity partnerships, and is the proud mother to her baby daughter, Pilar. Porsha is using her March of Dimes advocacy to draw attention to the maternal health crisis that disproportionately affects black women, as well as to spotlight her own challenges and joys of pregnancy and motherhood. In October 2019, March of Dimes hosted a rainbow luncheon for Porsha in Atlanta, a theme that was selected to celebrate Pilar’s birth after Porsha had previously experienced a miscarriage. 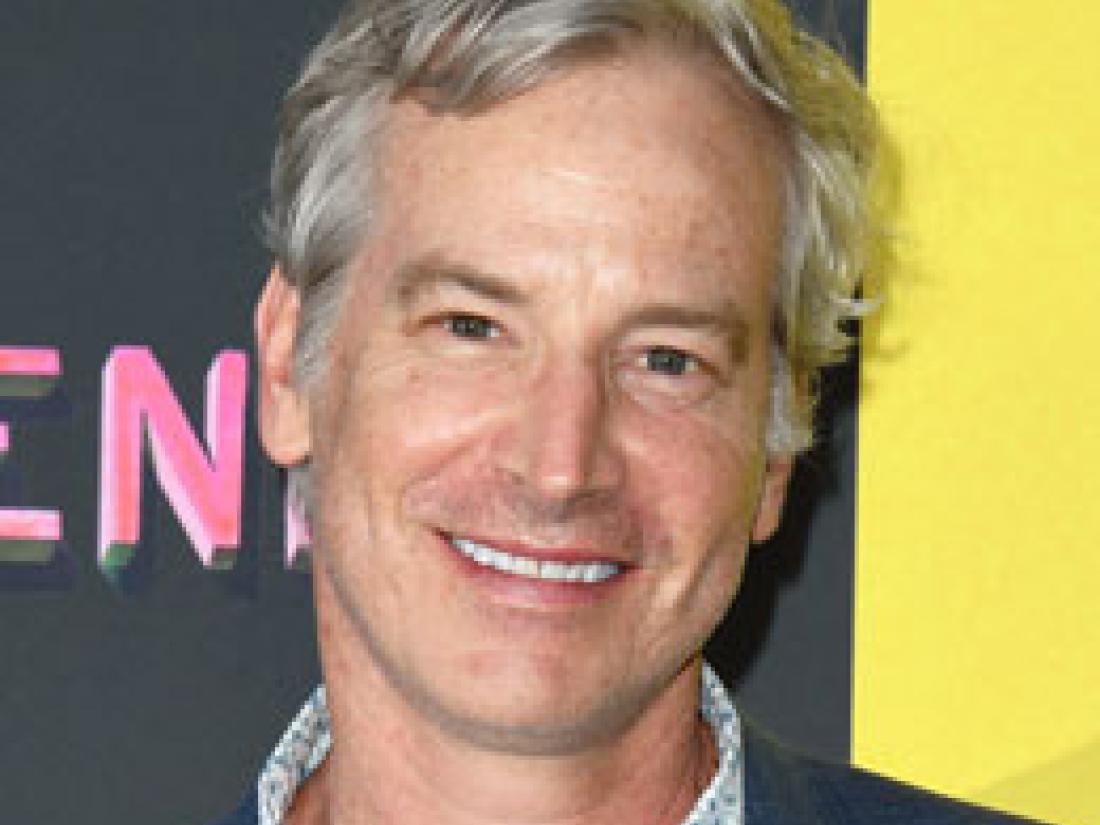 Rob Huebel is an actor and comedian known for his role on Adult Swim’s award-winning TV series “Children’s Hospital” for which he earned an Emmy nomination. He can currently be seen in the spinoff series “Medical Police” on Netflix. He starred in Jill Soloway's critically acclaimed and award-winning Amazon series “Transparent” and is a regular on FOX’s hit animated series “Bob’s Burgers.” He recently starred in HBO’s “I Know This Much Is True" with Mark Ruffalo. Other credits include the films “The Descendants” with George Clooney, “Baywatch,” “The House,” “I Love You Man” and “The Other Guys.” Rob and his wife Holly got involved with March of Dimes after their daughter was born 3 months premature. She spent 117 days in the NICU, but today is happy and healthy. Rob found a valuable support system with March of Dimes and knows the importance of helping other families realize that they are not alone in this journey. 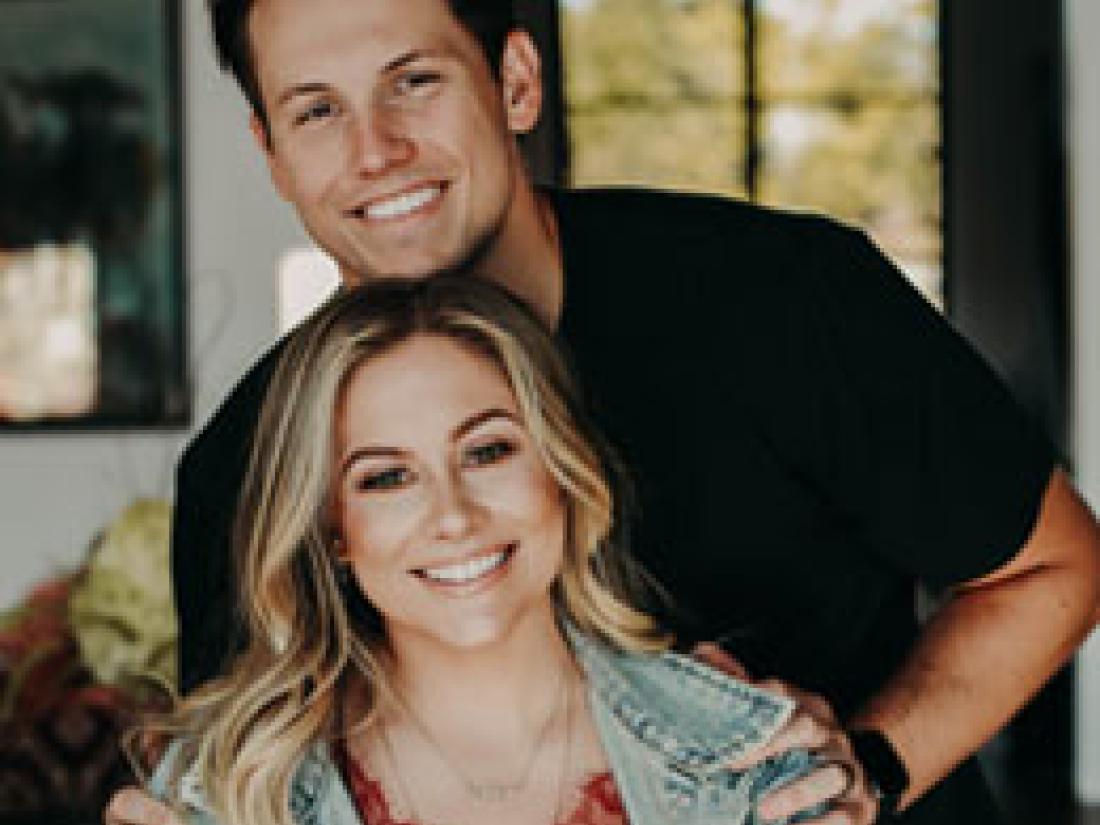 Together, athletes Shawn Johnson and Andrew East have accomplished a lifetime of achievements. Shawn’s include her Olympic Medals for gymnastics, a New York Times best-selling book, several businesses, a career in broadcast, and television appearances including winning Dancing With The Stars; while Andrew is an accomplished NFL football player who most recently played with the Washington Football Team. Shawn and Andrew have documented their life on their shared Youtube channel, “The East Family” and podcast, “Couple Things” which has climbed to #2 on the overall charts. Andrew and Shawn are proud parents to their daughter Drew, who was a rainbow baby, and their son, Jett. 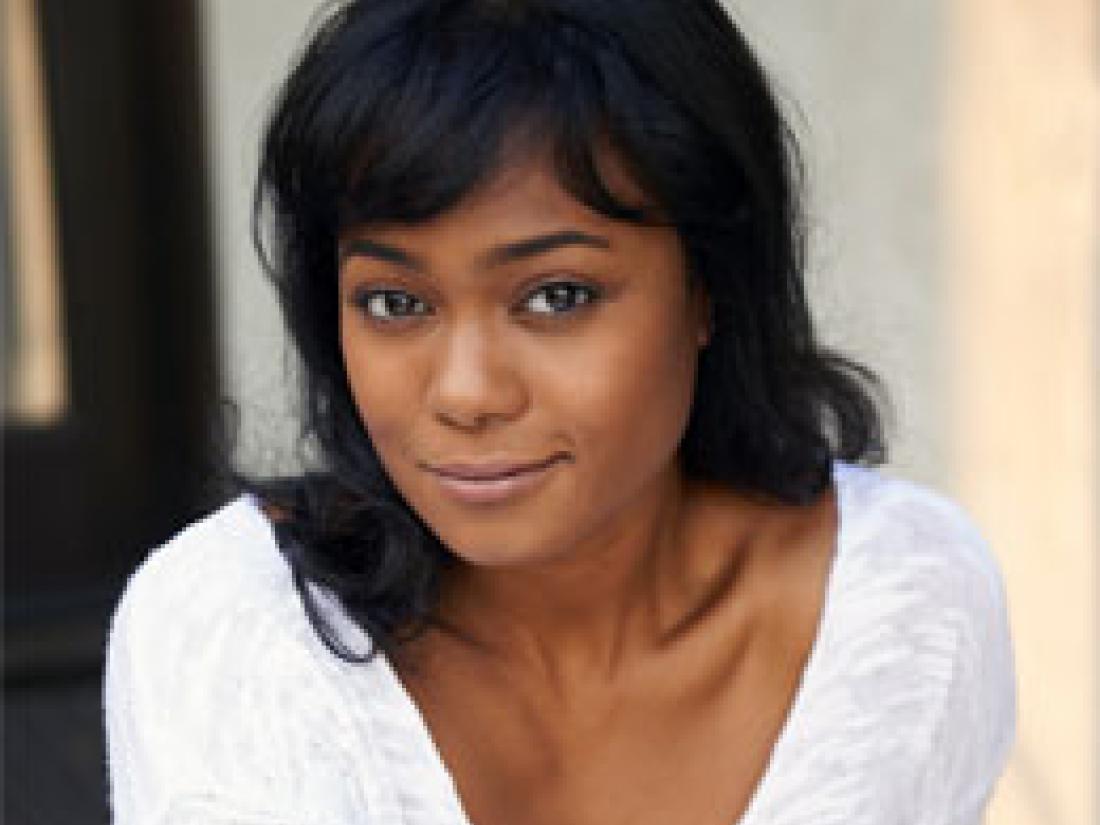 Tatyana Ali is a Broadway-trained actress, singer, producer, activist, graduate of Harvard University, and mom. Known to millions worldwide from her role as “Ashley Banks” on the iconic television series, "The Fresh Prince of Bel Air", Tatyana starred in the hit BET comedy “Second Generation Wayans” and long-running CBS soap opera "The Young and the Restless". The five-time NAACP Image Award winner has appeared in numerous films, and she and sister Anastasia Ali helm "HazraH Entertainment", a production company dedicated to creating quality content for underserved communities. Tatyana is a fierce advocate. She joined March of Dimes’ Celebrity Advocate Council to help strengthen the community of moms, dads, and families that understand the importance of sharing their parenting experiences. Tatyana was the first host of "Unspoken Stories: A March of Dimes Podcast", which highlights the real and honest stories of pregnancy, parenthood, and loss that are too often left unshared. 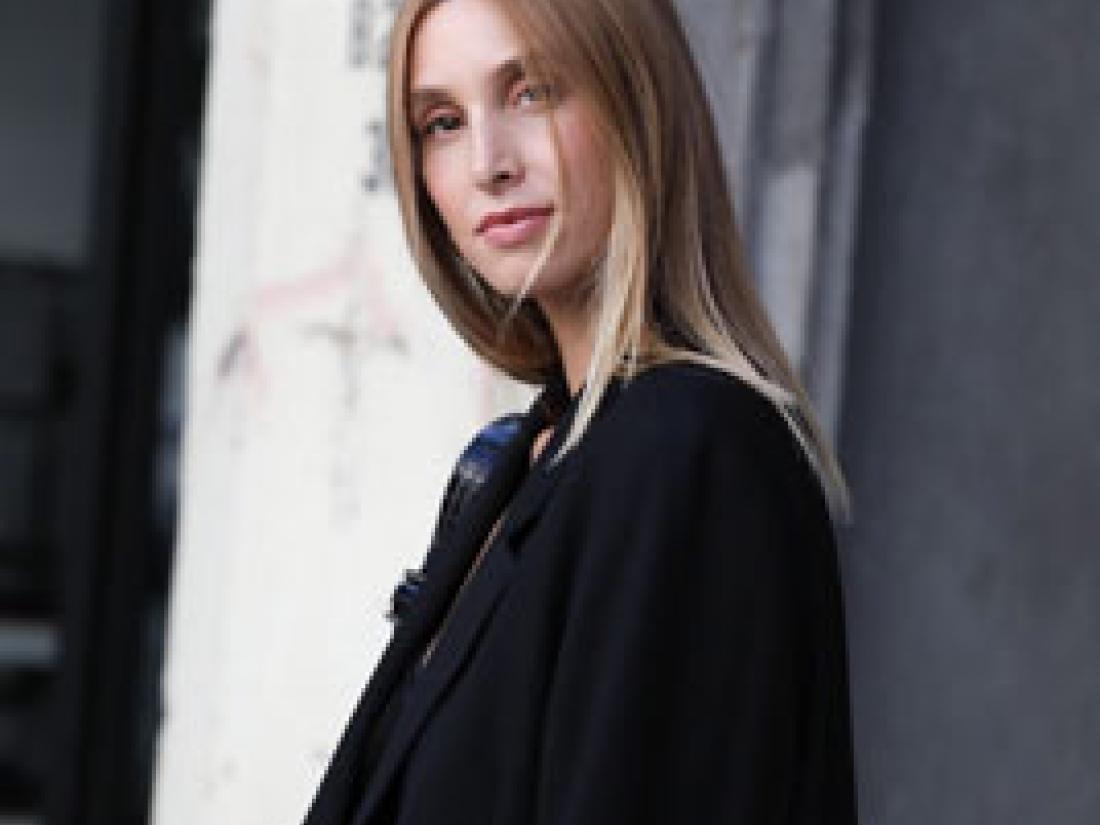 Since she first appeared on MTV’s hit shows “The Hills” and “The City,” Whitney Port has attracted an international fan-base with her relatable attitude and unique style. Following the successful launch of her eponymous clothing line, Whitney Eve, she solidified her status as not only a lifestyle and fashion icon but an entrepreneur capable of building a brand from scratch. Whitney now shares beauty, fashion, lifestyle, and mom tips on WhitneyPort.com, where she puts her signature sincere twist on everything. She has expanded her digital empire with a YouTube channel and popular series, “The Hills Reaction Videos,” “The City Reaction Videos,” and “I Love My Toddler, But...” In 2019, she released her podcast, “WITH WHIT,” which features a new series titled “Staying Home With Whit.” In 2020, Whitney released Love, Whit, a women’s capsule collection in collaboration with Rent the Runway and an exclusive candle collection with In Favor Of. In 2021, she launched her loungewear collection, COZECO.

Join our email newsletter to find out how our community is helping families.