The mission of the March of Dimes is to improve the health of babies by preventing birth defects, premature birth and infant mortality.

Learn how to help reduce your risk of some birth defects by getting a preconception checkup, staying at a healthy weight and avoiding alcohol and street drugs.

Meet our National Ambassador for 2017

Become inspired by stories from the families at the heart of our mission or share your own story in our community.

What is team science?

More than 75 years of solving problems

What's happening in your area

Find out about local events, news, programs, and more. 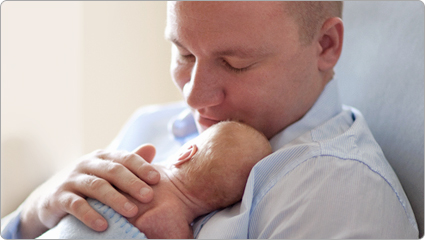 Cystic fibrosis (CF) is a condition that affects breathing and digestion. It’s caused by very thick mucus that builds up in the body.

Mucus is a fluid that normally coats and protects parts of the body. It’s usually slippery and slightly thinker than water. But in CF, the mucus is thicker and sticky. It builds up in the lungs and digestive system and can cause problems with how you breathe and digest food.

CF affects about 30,000 children and adults in the United States. It is one of the most common genetic conditions in this country. About 1 in 3,500 babies is born with CF.

CF is inherited. This means it’s passed from parent to child through genes. A gene is a part of your body’s cells that stores instructions for the way your body grows and works. Genes come in pairs—you get one of each pair from each parent.

What problems does CF cause?

Babies with CF have very thick and sticky mucus that builds up in the body. When this mucus builds up in the lungs, it blocks airways and causes breathing problems and infections. Airways are tubes that carry air in and out of the lungs. As a baby with CF gets older, lung infections can get worse. This can lead to serious, and sometimes deadly, lung damage.

When mucus builds up in the digestive system, it blocks tubes in the pancreas, an organ in the belly. This can make it hard for the body’s digestives system to break down food. When this happens, your baby may not get the nutrients she needs to grow and stay healthy.

Some cases of CF are more serious than others. Babies with CF are often sick with infections and need a lot of special medical care.

How do you know if your baby has CF?

Before your baby leaves the hospital, his health care provider takes a few drops of blood from his heel to test for CF and other conditions. The blood is collected and dried on a special paper and sent to a lab for testing. The lab then sends the results back to your baby’s provider.

If newborn screening results aren’t normal, it simply means your baby needs more testing. Your baby’s provider can recommend another kind of test, called a diagnostic test. This test can check to see if your baby has CF or if there is some other cause for abnormal test results.

Your provider may recommend that your baby have a sweat test to see if he has CF. This is a simple, painless test that checks the amount of salt in your baby’s sweat. Babies with CF have more salt in their sweat than healthy babies. Your baby’s provider also may recommend a genetic test for your baby.

If your baby does have CF, he may have these signs and symptoms that can be mild or serious:

If your baby has CF, how are lung and breathing problems treated?

Many lung infections in babies with CF are caused by bacteria that don’t usually cause problems for healthy babies. If your baby has CF, medicines like antibiotics often cannot get rid of all the bacteria in his lungs. These infections can lead to lung damage.

Your child’s treatment depends on the kind of symptoms he has and how severe they are. Certain medicines can help children with CF breathe better and prevent infections. Some come as a mist that your child breathes into the lungs. Medicines used for CF include:

Your child’s provider may recommend that she gets lots of physical activity or that you use other therapies to vibrate (shake) the chest to help loosen mucus in her lungs. This can make it easier for your child to cough mucus up and out of the lungs.

If your child’s CF becomes life-threatening, a lung transplant may be an option. This is a major operation that is becoming more successful in treating CF.

If your baby has CF, how are growth and digestion problems treated?

Some children with CF gain weight and grow normally. But many grow more slowly than other children.

Most children with CF need to take special medicines that help their bodies get nutrients from food. This helps with weight gain and digestion.

To help them grow, children with CF need healthy, high-calorie meals. They need extra vitamins, especially vitamins A, D, E and K. A dietitian with experience in treating children with CF can help you create your child’s meal plan for a healthy weight gain. A dietician is a person with special training in helping people eat healthy.

Some teens or young adults with CF may get CF-related diabetes. This is usually treated by getting shots of insulin at meal times. It’s important to keep diabetes under control so that it doesn’t cause more lung problems.

Have a question? We've got answers. Reach out to our health educators.