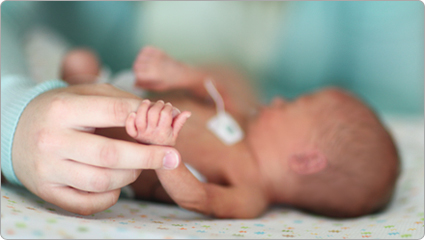 Latest News: U.S. Senators voted to adopt Senate Resolution 108 on October 21, 2015 commemorating the anniversary of the Salk polio vaccine and supports continued efforts to eradicate polio worldwide. Thanks to Senators Richard Durbin, Mark Kirk and the ten other Senators for introducing the resolution.

Led by Senators Richard Durbin (D-IL) and Mark Kirk (R-IL), a group of ten bipartisan U.S. senators introduced a resolution (S. Res. 108) commemorating April 12th, 2015 as the 60th anniversary of the announcement that the Salk polio vaccine was “safe, effective and potent.” March of Dimes financed much of the research that led to the vaccine’s development, and then organized a massive field trial to prove its efficacy in the largest peacetime mobilization of volunteers in the history of the United States.

March of Dimes is committed to protecting infants and children from vaccine-preventable diseases like polio and is extremely concerned about recent outbreaks of infections like measles and pertussis (whooping cough), which the U.S. had previously nearly eradicated thanks to vaccines. It is critical that children, families, and those who often come into contact with infants – such as health care workers and childcare providers – are properly vaccinated. Vaccines are important not just to protect those immunized, but also to protect those who are too young or who have too weak an immune system to be vaccinated.

The resolution also highlights the investments made by both governmental and non-government bodies, working together, to push for the eradication of polio. World-wide cooperation was successful in leading to the complete eradication of smallpox, and polio is on the verge of eradication, remaining endemic now in only three countries. The resolution is an important reminder that by all working together, we can improve the lives of infants, children and families everywhere.

Thank you all for supporting this resolution by sending letters to your Senators, and encouraging friends and family to do the same.